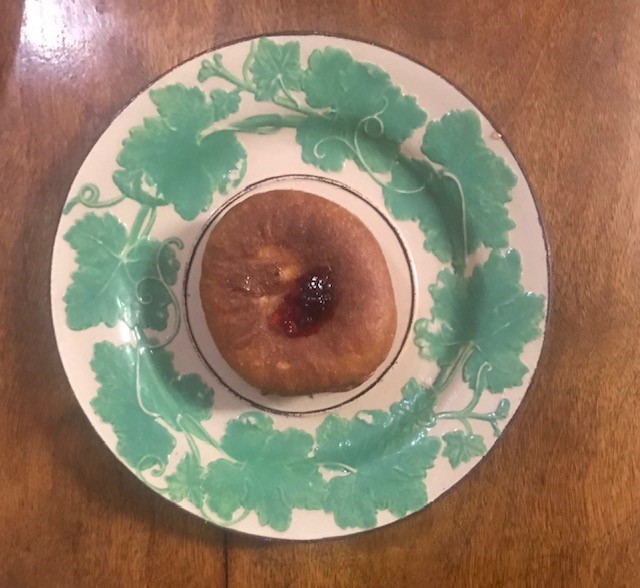 There is a predictability to every journey with Mary; we are going to be late, not enough to actually miss the bus, train, plane but late enough to require a taxi and on some occasions, a breathless sprint to the gate. Despite, or because, being a frequent traveler I am also a slightly nervous one. So on Christmas Eve we bumped and rattled through midtown in an old yellow taxi to be deposited into a good natured, noticeably multicultural – and presumably-multi-faith – line of passengers waiting for the bus to Philadelphia. Although it was Christmas, a pale sun could be seen in the cloudless sky and, as I looked up at a new glass walled building, those old ones around it were seen anew, shimmering and vibrating in their refection like looking at the surface skin of gently disrupted water. We had picked up some takeaway snacks, for me a cheese and tomato sandwich and for Mary a salad, and we sat eating them on the bus before it started moving like an old couple on a day out, and those strangely comforting minutes filled me with the dueling sentiments of childhood nostalgia and elderly premonitions.

We did our duty that evening, Christmas Eve rituals passed with self-control, without drama. Families behaved. Later we took an Uber back to the center city apartment of our friend Ester McManus, one of the world’s great pastry chefs and someone who famously taught Julia Child’s how to make a croissant on her 1960’s black and white television show watched by half of America. She was the wife of one of Mary’s great friends Charlie McManus, someone she describes as her “mentor” but it’s a description I treat with skepticism, she is too strong willed to participate in anything that hints at servility, and Charlie, who was the definition of subversion, would despise being thought of as a guide. He was an old Philadelphian, too casually occupied with the East Coast class hierarchies to ever be encumbered by them, a joyful eccentric and formidable outsider, wonderfully entertaining to be around. His Mansion, just off Rittenhouse Square, was formally the French consulate for Philadelphia, purchased, he claimed by a phone call with General De Gaulle. He was also a furniture dealer and accomplished decorator, his dimly lit home was full of antiques of genuine and roguishly dubious quality.

We were married in his small, overgrown garden on 12 June, 1993 over twenty six years ago. It was thick with un-kept plants and the air, with the over bearing summer heat, was dense and humid. The men were all sweating in stiff shirts and ties, the women in their best outfits which were never intended for this sudden tropical blast. This burning sunshine plus the free flowing cocktails gave the day a new orientation and unexpected characteristics, now laconic and lazy, and so the formalities were done fearlessly in what felt to me like a mumbled rush. We stood on a platform, Mary in a cream laced dress with her hair pulled upwards, me in a dark suit and newly bought shirt, wearing a tie made by my friend Nadia. The judge used a word I never heard before (we didn’t bother with a rehearsal) and I gained some good willed laughter from the audience when I questioned her about it mid ceremony. Afterwards a lunch prepared by Ester followed by Cake brought over form the kitchen of George Perrier. A chamber orchestra were playing until, domestic legend has it, someone paid for them to stop, bad poetry was read and despite my pleading for there to be no speeches, this was a group of large egos who I knew would not be able to help themselves. For a short while I hid in the bathroom, recited to myself the cliché’s, this is life, it’s no longer a dress rehearsal, but had no sense regret then or since.

Back to 2019 and sitting in Esters kitchen later that night, her making Sufganiyah, delicious Jewish Doughnuts for the Hanukkah holidays, these memories of our wedding flooded back. Everything was new and exotic then, I can recollect with absolute clarity the deep blue shadows of the sidewalk tree’s, the extended 1970’s cars on the roads still totally foreign and perplexing to me, the taste of even the simplest of food’s – the American amusement at my encounters with strawberry flavored cream cheese, hazelnut coffee. I also remember the stillness of the smouldering city summer when we greedily searched for and occupied shade, its slovenly pace, endless days and short sleepless nights.